It seems the Top Gear influence has hit the UK population hard, as internet search activity showed a rather more than coincidental link to the, dare we say, ‘boy’s toys’ featured in Sunday night’s episode of Top Gear.

Whilst Jeremy Clarkson, accompanied by Richard Hammond and James May travelled across the African continent in search of the much disputed source of the Nile, leading used car dealer Motors.co.uk witnessed a staggering surge in online traffic by couch surfers everywhere wanting to know more about the Japanese Subaru Impreza, BMW estates, and the BM’s rival Volvo estates; the unlikely choice of vehicles chosen for the exploration of this 4,000 mile stretch of water.

Throughout the course of Sunday evening, searches for ‘Subaru Impreza’ increased on the Motors.co.uk website by a whopping 243%, peaking between the hours of 8 and 9pm – the time at which the show was aired on BBC – to 826% higher than in recent weeks.

Searches for Volvo estates also fared well, with searches up by 151% on previous weeks, whilst Clarkson’s choice of wheels, the BMW, saw searches on estates rise by 26%.

It’s unclear if the increased volume of visitors to the Motors.co.uk website is for people keen to take a road trip across Africa or more likely consumers impressed by the fact that they can purchase a decent Subaru Impreza for less than £1,500. 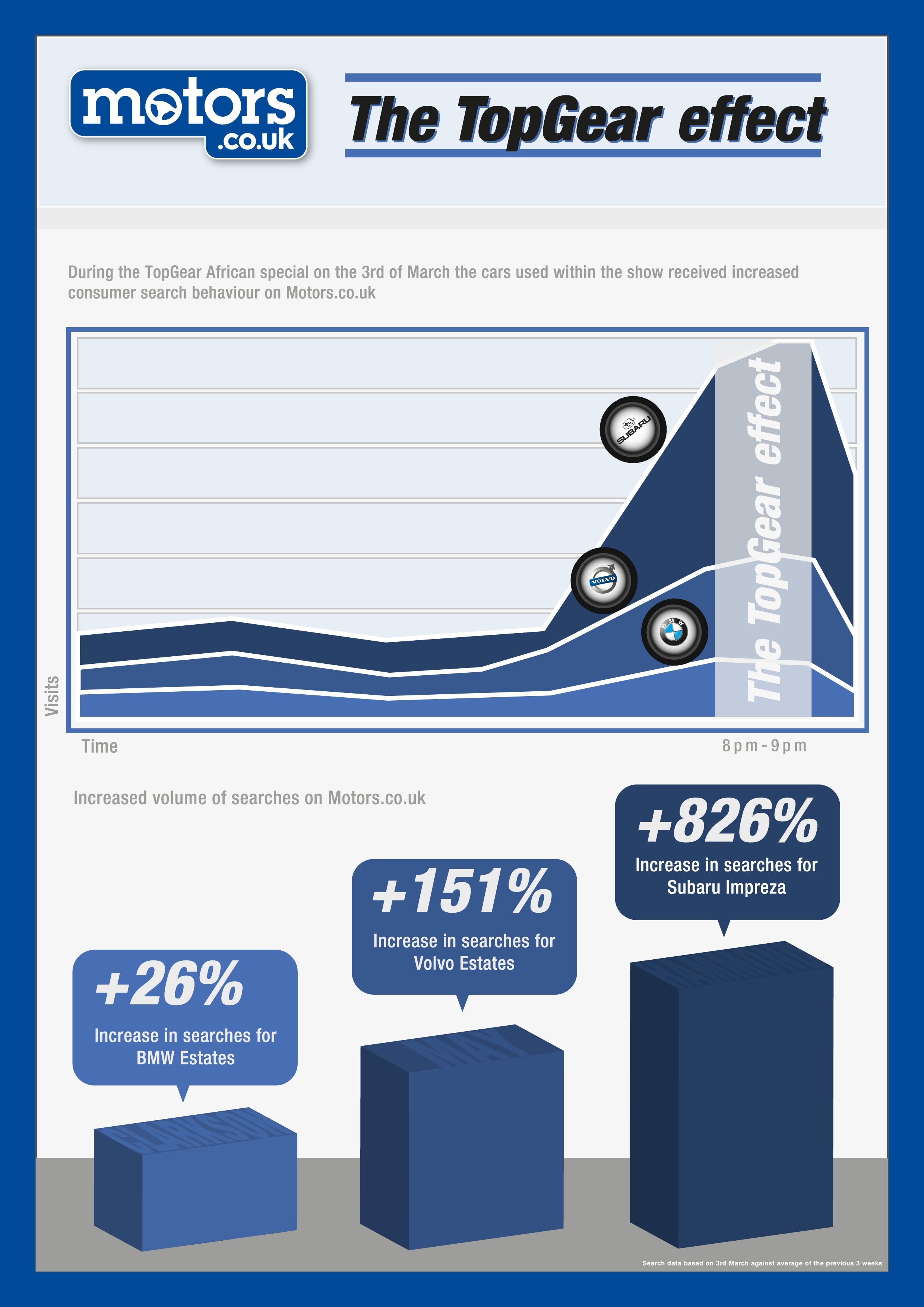