The crossover market is booming, and it’s one of the fastest-growing new vehicle segments as drivers increasingly move out of their hatchbacks and into these vehicles instead.

But first of all, we should probably explain what a crossover is. They are essentially a cross between a hatchback and an SUV, which means you get better visibility from a higher driving position, cheap running costs and slightly more space, all without being much larger than a hatchback. It’s worth noting that despite most of them looking like off-roaders, you’ll find that the majority of them on the road will be two-wheel-drive only.

The segment as we know it today was arguably established in 2007 with the Nissan Qashqai, and while it’s a newly-established sector, there are already plenty of options available both new and used.

Here we’ve rounded up the best available for under £10,000 As the Qashqai was the car that essentially invented the segment, it’s only right that we include it on this list.

The original Qashqai starts from as little as £2,500, although we recommend going for the second-generation model, which reached showrooms in 2014.

We saw a 2015 version with 65,000 miles on the clock with the efficient 1.5-litre diesel engine for £8,500. With equipment such as front and rear parking sensors, cruise control and Bluetooth, it’s a great value family-friendly crossover. 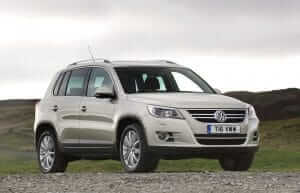 The Tiguan is the most premium car on this list, and is one of the most established, too, as it first went on sale in 2007, just after the Qashqai.

Values have remained high, so while prices start from as little as £4,000, you’ll be looking at spending around £7,000 to get one with low mileage.

We saw a 2010 2.0-litre diesel model in SE trim and the 4Motion all-wheel-drive system for £7,995. With a great spec and just 60,000 miles on the clock, it’s a good value crossover for those wanting something a little bit more luxurious. Dacia has quickly established itself as a firm dedicated to bargain motoring, and its Duster crossover is a fine example of this.

You can pick up a brand new Duster for under £10,000 – just, at £9,995 – although it’s sparsely equipped and doesn’t even get a radio. For this reason, it’s worth looking used, although admittedly the Duster has held its value remarkably well.

We saw a range-topping 2013 1.5-litre diesel Laureate version for sale for £5,800 with 75,000 miles on the clock. It comes with standard equipment such as Bluetooth, electric windows and 16-inch alloys. It’s about as far from luxury as you can find, but for those wanting a dependable crossover, it’s hard to beat for the price. 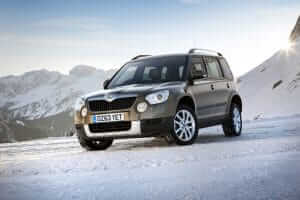 The charming Yeti is a practical and quirky crossover, which sold excellently for Skoda. Now replaced by the Karoq, the Yeti makes for an excellent used purchase.

With its boxy and practical shape and excellent range of petrol and diesel engines, it’s an easy car to recommend.

Prices start from just under £5,000, although we’d suggest spending around £6,500 on a 2012 model with the 2.0-litre diesel engine in popular SE trim with around 80,000 miles on the clock. This comes as standard with rear parking sensors, dual-zone climate control and a good infotainment system. The Sportage is now Kia’s best-selling car in Europe, and it has been a hit with British buyers.

One of the biggest highlights is Kia’s fantastic seven-year warranty, which is transferable between owners. This means that if you buy the 2015 model we saw for sale, it would be covered under warranty until 2022 – providing it is fully serviced and doesn’t exceed 100,000 miles.

The model slots just underneath the £10,000 marker, and is the entry-level ‘1’ trim with the efficient 1.7-litre diesel unit. That said, it still comes with 16-inch alloys, Bluetooth, cruise control and remote locking.