It’s fair to say that 2018 was a turbulent year, and not just for the automotive sector.

Alongside the ongoing uncertainty caused by Brexit, the automotive industry has also had to contend with ambiguous government policies over diesel cars and electric models, and confusing changes to emissions regulations. The accumulation of this meant that 2018 was disappointing for new car sales.

That said, there were some major success stories. Pure and plug-in electric models surged in demand, while firms such as MG, Mitsubishi, Abarth and Subaru all recorded major growth compared to 2017.

In total, 2,367,147 new cars were registered in 2018 in the UK (6.8 per cent down on 2017). But despite the drop, this is still an impressive figure, making the UK the second biggest automotive industry in Europe—falling one place behind Germany.

But what we’re interested in here is what cars sold best. So here’s the full run-down of which makes and models grabbed your attention last year… The Fiesta has long been a staple favourite in the UK for buyers of all ages and backgrounds and has been the top-selling car for some time now—often by some margin.

Ford extended the Fiesta’s appeal appeal even further in 2018 with the launch of the ST hot hatch, Active crossover and luxurious Vignale trim, and the supermini remains well-priced, reliable and superb to drive. It was also one of the few models to increases its sales year-on-year, with over 1,000 more Fiestas registered last year compared to 2017. The Golf is another very popular model on UK roads, with the German favourite retaining its silver medal. Volkswagen’s modern-day car of the people has huge appeal, thanks to fleet-friendly models all the way through to the powerful GTI and R hot hatchbacks.

Setbacks with emissions and the Golf typically being a popular diesel model meant Volkswagen didn’t shift as many as in 2017, but it’s still an impressive accolade to be Britain’s second best-selling model. Vauxhall’s Corsa supermini is another model that frequently appears in the top 10 charts, and this year it’s crawled back to get a podium finish.

Even with a new Corsa due this year, it didn’t stop them flying out of showrooms in the year it celebrated its 25th anniversary. Attractive finance offers and the launch of the GSi hot hatch helped the supermini to rise up the rankings as well. The Qashqai is arguably the car that kickstarted the buzz for crossovers when it was unveiled in 2006, and even 12 years later the British-built model is still dominating in its sector, with just over 50,000 being registered in 2018.

The number sold is noticeably smaller than 2017, but with a fresh range of engines recently joining the Qashqai line-up, it’s sure to continue dominating its sector for some time. The Focus is one of few models to slide down the rankings in 2018, but this is largely down to a changeover of model, with the all-new Focus hitting showrooms in late summer.

The latest Focus is better than ever, and thanks to a broad range of trim levels—including a soon-to-be-launched ‘Active’ crossover variant—as well as class-leading safety kit, we would be surprised if the Focus didn’t perform better in 2019. 2018 saw the first full year that the all-new Polo has been on sale, with the model unsurprisingly selling well because of this.

The new Polo offers road manners and interior quality from cars costing twice as much in a refined and practical package. Thanks to the new GTI hot hatch and the youthful Beats versions, the Polo’s sales have gone from strength-to-strength. 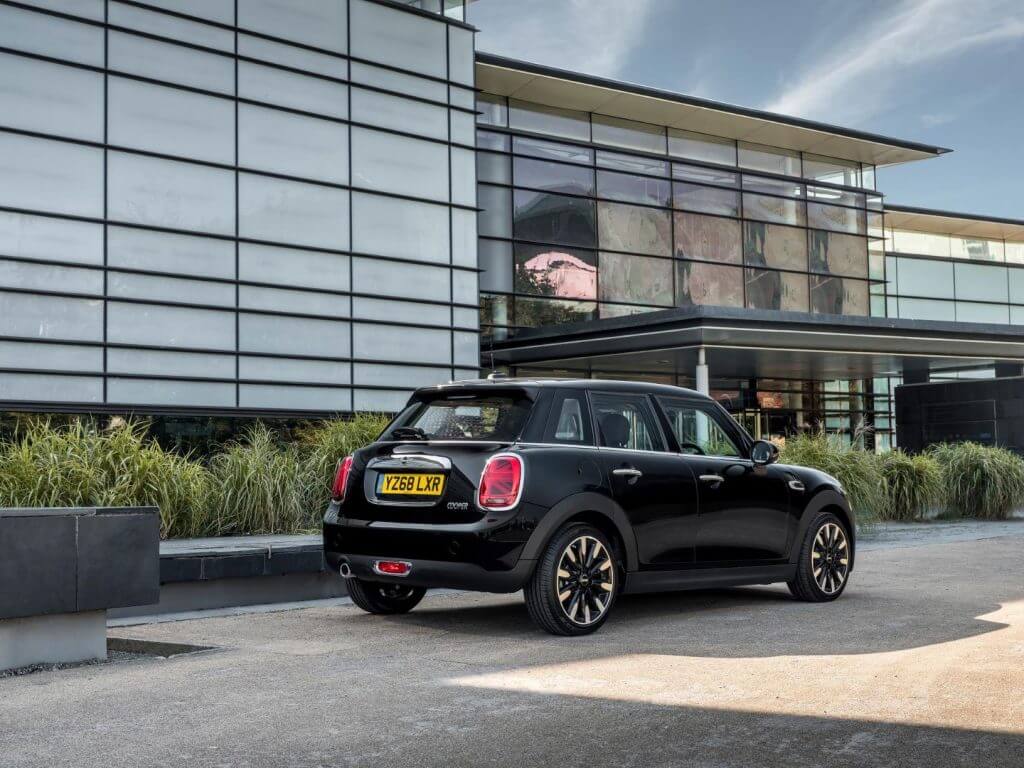 Last year also saw the introduction of a facelifted Mini —the main visible difference is at the rear where the taillights illuminate in a Union Jack pattern.

The Oxford-built Mini remains the premium supermini to beat, although it could face some tougher competition this year with the new Audi A1 hatchback just reaching showrooms. The A-Class is the only premium model to feature in the top 10 this year, with Mercedes’ larger C-Class knocked out of the running in 2018.

A new A-Class reached showrooms in the middle of the year and has remained a hit with buyers thanks to its plush interior and fancy touchscreen setup—the latter being one of the best systems available in its class. The first new-entry into the top 10 this year is the Ford Kuga, which results in Ford boasting an impressive three models in the top 10.

The mid-size crossover is a big hit with families, with stylish-looking ST-Line versions helping to ensure that over 40,000 new Kugas were registered in 2018, and putting the model in ninth position. The Sportage has long been Kia’s best-selling car by a considerable margin, but this is the first time a Kia has appeared in the top 10 new car sales chart—a testament to how far the manufacturer has come.

The Sportage crossover received a stylish mid-life crossover in late summer, alongside a raft of new engines and a 48V mid-hybrid system (the first to be fitted to a Kia), all of which has helped the South Korean manufacturer to shift over 35,000 Sportages in 2015. Incidentally, this was the year the model celebrated its 25th birthday.