As we approach the height of summer – whether or not the weather reflects this – it’s no surprise that the demand for soft-top roadsters is on the rise. But, in a market littered with potential candidates, which one do you go for, and how much can you get for under £12,500?

Out on the open road, convertibles are designed to thrill and chill (especially if you live in the UK), while offering a greater picture of the landscape you encounter on your journey. Modern soft-tops tend to benefit from strong build quality and eye-grabbing exterior styling. What’s more, when the sun is shining, they come with a notably large price tag, making summer a savvy time to sell.

For £12,500, you can grab the keys to a nearly new, and generously equipped, Mini Convertible. Now in its second generation, the soft-top model boasts a stiffer body and irons out the flaws of its predecessor, making it one of the more driver-friendly focused convertibles on the market. Not only is it one of most stylish cars on the road, and one of the most fun to drive, it’s also one of the most efficient, thanks to its line-up of engines.

The Convertible is available in three variants: Cooper, Cooper S and the high-performance John Cooper Works. The Cooper is the one to go for in terms of value for money, powered by an economical 1.6-litre 120bhp engine, which can achieve around 49mpg if you take it easy. It’s not slow off the mark either, with a 0-62mph time of 9.8 seconds.

Mazda’s MX-5 is well known for being one of the ultimate driver’s cars, despite its affordable price tag and relatively frugal engines. The reason for this is simple; this machine is so light and small that it practically dances around corners. Best of all, you don’t need deep pockets to buy – or run – a used model, with prices standing at around £10,000 for a six-year-old 40,000-mile 2.0-litre model.

You can also opt for a folding hard top model if a lot of your driving is spent with the roof up. With plenty of models to choose from, finding a well looked after MX-5 within budget shouldn’t be difficult. With the option of 1.8 and 2.0-litre engines, it’s the larger motor that gives this roadster the power to make the most of its sharp handling.

If you’re after a larger four-seater machine – with the added refinement of a folding hard top – the BMW 3 Series Convertible is a good option. With several punchy petrol and diesel motors the 3 Series is nippy and fun to drive, but should be more than comfortable enough for those in the rear seats too. 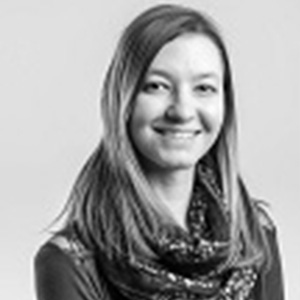