Skoda has announced prices and specifications of its fourth-generation Octavia family hatchback, which will start at £22,390 when it goes on sale in June.

The new model will be available as both a five-door hatch and an estate, with a sporty vRS hot hatch version and plug-in hybrid also due later in the year.

The Octavia will be offered in three trims from launch – SE First Edition, SE Technology and SE L First Edition.

SE First Edition models include an 8.25-inch touchscreen infotainment system, with smartphone connectivity as well as 16-inch alloy wheels. It also comes with safety features including autonomous emergency braking and lane keep assist, along with an e-Call system that automatically contacts emergency services in case of an accident. In the middle of the range sits the SE Technology, which is focussed largely on business owners, and features 16-inch alloy wheels, a 10-inch infotainment system with satellite navigation and all-round parking sensors. Prices start at £22,640.

At the other end of the scale is the range-topping SE L First Edition, which starts at £25,150 and comes equipped with 17-inch alloy wheels, microsuede seats which are heated in the front and electrically adjustable for the driver, as well as a 10-colour ambient lighting system.

While the Octavia will be available with eight powertrains when the line-up is completed, there’ll only be a choice of three engines from launch. These include a 148bhp 1.5-litre petrol and two turbocharged 2.0-litre four-cylinder diesels with either 113bhp or 148bhp. A more powerful version of this diesel with 197bhp will also feature later in the year. 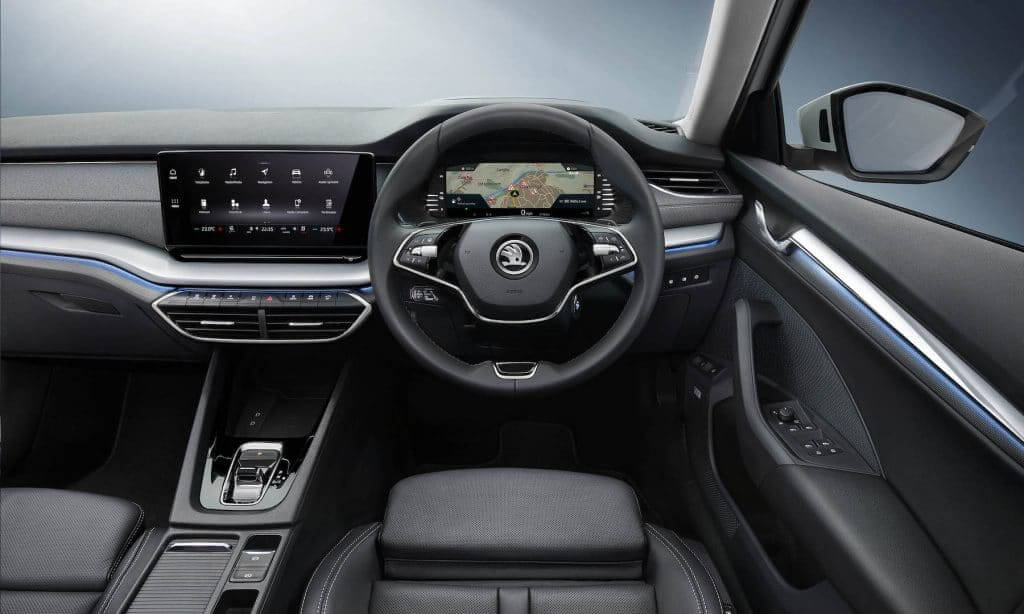 Three more petrol units are expected in 2020, including a turbocharged 1.0-litre three-cylinder, a 242bhp vRS version and a 187bhp 2.0-litre. For the first time though a plug-in hybrid version will also be added to the line-up, powered by a 1.4-litre petrol engine mated to an electric motor which will give it more than 200bhp and 350Nm of torque. On electric power alone, it should offer a range of around 34miles, though no official figures have been confirmed yet.