Whether you’re looking at SUVs or MPVs, there’s no shortage of seven-seaters on the market.

However, what about those who want six seaters? Well, in short, there isn’t much choice available. The six-seat layout, whether that’s a 2+2+2 or 3+3 setup, have largely been shunned by manufacturers over the years.

But for those wanting something a bit more interesting, here are the six-seat cars you can look at. Perhaps the most distinctive six-seater on the market is the Fiat Multipla. The first-generation version was often laughed at for its ugly wide looks, but really it was those chunky looks that allowed the model to be able to seat six adults in the first place. With plenty of room for six and a practical boot, the Multipla is a versatile and less mainstream people carrier option.

The last versions of the Multipla rolled off the production line in 2011, but these models (the more attractive facelifted version) went on sale in 2004.

There’s not a great deal of them for sale, but less than £2,000 will buy a model fitted with the economical 1.9-litre diesel engine with less than 80,000 miles on the clock, and in good condition, too. Sitting at the other end of the spectrum is Tesla’s pricey all-electric SUV, the Model X. It’s not a strict six-seater, rather owners can spec their cars to have four, five, six or seven seats depending on what they need the car for.

The six-seat layout is a 2+2+2 design, which offers those in all rows plenty of space. The huge battery pack allows for an all-electric range of up to 351 miles, while the most expensive version model can accelerate from 0-60mph in a supercar-rivalling 2.9 seconds. New prices range between £78,000 and £128,000, while used values have remained high too, with limited savings available on nearly-new models. The FR-V was Honda’s last MPV to be on sale in the UK – it still sells them in other parts of the world – and is a car that a lot of us have forgotten about. It’s unmemorable to look at, but through a mix of Honda’s bulletproof reliability and decent driving experience, the FR-V is a very good six-seat choice.

There’s no shortage of models to choose from, with used prices starting from less than £1,000 and the most expensive 10-year-old examples still commanding £7,000. 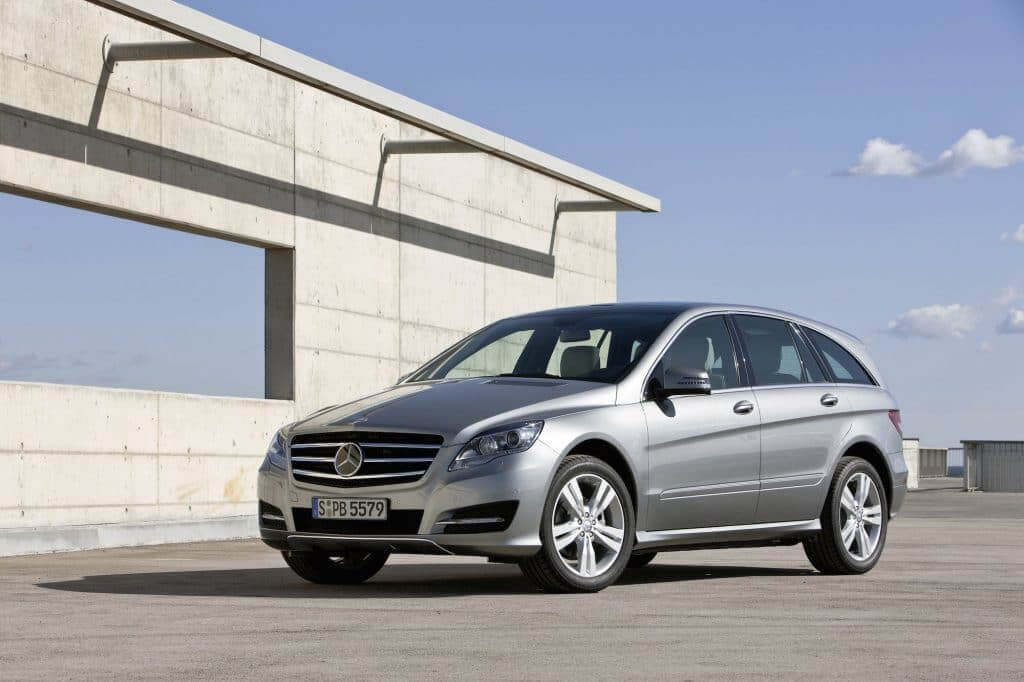 Mercedes’ R-Class was rather unloved at the time, with few models changing hands in the car’s limited time of production. But if you’re looking for a luxury six-seater on a budget, the R-Class is an excellent used buy.

Its 2+2+2 seating layout allows for six adults to sit in comfort, while even though it looks quite cumbersome, it’s not worth forgetting that the R-Class was a very luxurious way of travelling around when it was unveiled in 2006 – and still is.

Poor new sales mean that there isn’t many to choose from on the used market, although with good versions starting from as little as £7,000, it makes for a fantastic alternative to Mercedes SUVs of a similar vintage. The amusingly-named Picnic is a bit older than the other cars here, with Toyota’s MPV first going on sale in 1995. You might have to dig a little deeper to find one in the classifieds, but there’s still a surprising number on the road considering its age – largely down to Toyota’s fantastic reliability record.

The Picnic also offers three rows of two seats, and with prices starting from under £1,000, it’s a greatly used mode of family transport. But it might be a struggle to find one… The X7 is the latest in BMW’s aim to get as many SUVs on sale as possible.

The X7 (by coincidence with its name) is actually a seven-seater in its standard guise, although buyers can choose to have their models with six seats instead, which is deemed as more luxurious.

The optional 2+2+2 setup comes with two luxurious chairs in the middle row,  with their own armrests and an impressive amount of electric adjustment, too.

The bold-looking X7 is every bit as luxurious as the firm’s range-topping 7 Series saloon, although this luxury comes at a price, as the X7 line-up ranges between £72,155 and £87,240.