Due to fears over the coronavirus, the 2020 Geneva Motor Show ended up being cancelled. While this meant there were no flashy stands and new cars being shown off, reveals still happened when the event was supposed to take place.

So, with a massive drop of new cars, facelifts, trim levels etc. in such a short time, it can be difficult to keep up.

But fear not, as here’s the most interesting new models you need to know about… The introduction of this limited-edition sports saloon is sure to set petrol heads hearts aflutter. The already rapid Giulia Quadrifoglio was heavily praised upon its arrival, so expectations are high for the even more extreme GTA version.

Created to celebrate Alfa Romeo’s 110th birthday while paying homage to the Giulia Sprint GT of 1965, the GTA packs an impressive 533bhp – up 30bhp over the Quadrifoglio – from its 2.9-litre twin-turbocharged V6.

All this performance aids a 0-60mph time of just 3.6 seconds – in the lighter, two-seat, winged ‘GTAm’ variant. Power is still sent to the rear wheels, although the GTA gains a raucous new Akrapovic exhaust in order to up the ante and theatre even further.

Only 500 examples are set to be produced, with pricing yet to be confirmed. While the Porsche 911 is considered a sports car, the Turbo and Turbo S version of each generation has always nudged supercar territory in terms of performance – no more so than this newly revealed iteration.

Featuring a new 3.8-litre twin-turbocharged flat-six engine sending an impressive 641bhp and 800Nm of torque to all four wheels, the latest Turbo S is one crazily fast machine. Thanks to this, and a quick-shifting eight-speed PDK automatic gearbox, the model is said to see 0-60mph in just 2.5 seconds and be able to reach a top speed of 205mph. 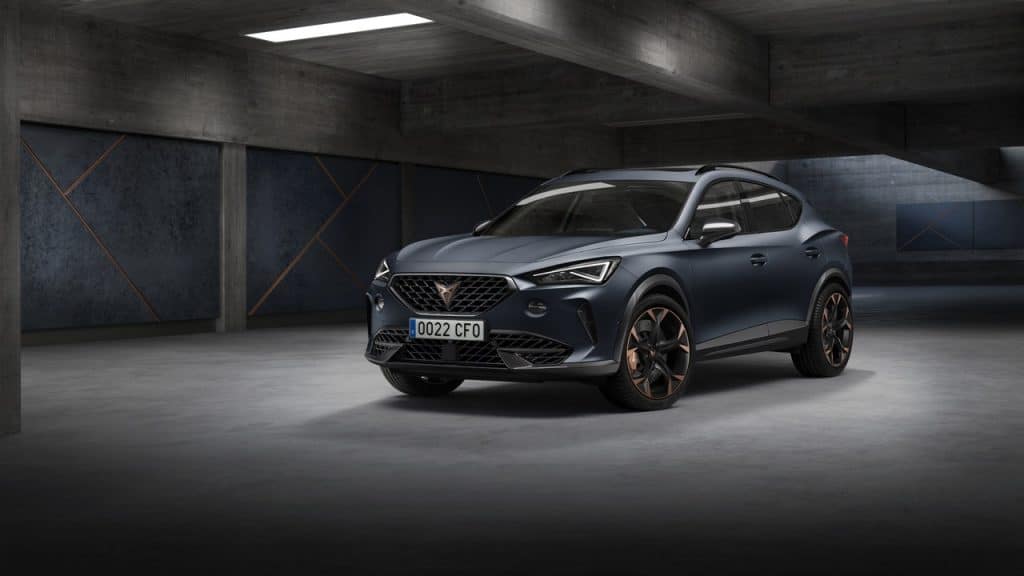 Seat-owned Cupra has revealed its third model to be added to its line-up – the Formentor. The performance crossover is the first car to be developed exclusively for the brand, setting itself apart from other Cupra products – the Ateca and Leon – which are derived from cars of the same name in Seat’s line-up.

Under the bonnet, the Formentor houses a 2.0-lite turbocharged four-cylinder engine producing 307bhp and 400Nm of torque. It sends power to all four wheels through a seven-speed automatic gearbox.

However, a plug-in hybrid option is also available. This version gets a 1.4-litre petrol unit linked up to an electric motor combining to deliver 242bhp and 450Nm of torque.

First deliveries of the Formentor are set for Q4 2020. Speaking of plug-in hybrid performance cars, the new Skoda Octavia vRS iV has been revealed. This mid-sized saloon and estate features a 1.4-litre turbocharged four-cylinder and an 85kW electric motor – combined, the vRS iV has 242bhp and 400Nm of torque. All this aids a claimed 0-60mph time of 7.1 seconds and at top speed of 140mph.

While Skoda is yet to confirm exact efficiency figures, the manufacturer has said it expects the model to emit around 30g/km of CO2 as well as offering 37 miles of electric-only driving.

More information on pricing, specifications and availability of the new Octavia vRS iV should come out later this year. Taking aim squarely at the Mercedes-Benz A-Class and BMW 1 Series, the new, fourth-generation Audi A3 boasts a sharper look and improved levels of technology over its predecessor.

At launch, the A3 will be offered with a 148bhp 1.5-litre petrol engine, as well as a 114hp and 148bhp 2.0-litre diesel options. A six-speed manual and automatic gearbox can be had, with more engines and the choice of all-wheel-drive – front-wheel-drive is currently only offered – will join the range at a later date.

Inside, the car’s cabin is a big step up from the previous generation’s in terms of tech, with a 10.1-inch touchscreen fitted as standard. In addition, the digital instrument binnacle can be upgraded to Audi’s full virtual cockpit.

Order books for the new A3 open in March with first deliveries scheduled for May.