Audi has confirmed that it will unveil a new all-electric concept at next month’s Geneva Motor Show, which previews a new future SUV — the Q4 e-tron.

The German manufacturer has only revealed the initial design sketches of the mid-size SUV, which is set to be the coupe-like version of the Q3.

Following in the footsteps of the firm’s new e-tron, the Q4 e-tron is set to become the firm’s second all-electric SUV.

The Geneva Motor Show reveal is just of the concept, with the production version due at the end of 2020 or the start of 2021. Audi says the concept “provides a glimpse of the next stage of Audi electric mobility”.

Styling cues taken from Audi’s largest SUV — the Q8 — include the massive ‘single-frame’ grille, large alloy wheels and raked tailgate. The interior pictures show a very similar layout to the current crop of Audis, which feature a large touchscreen angled towards the driver.

Other details that appear on the model include Matrix LED headlights and an illuminated e-tron logo at the front. 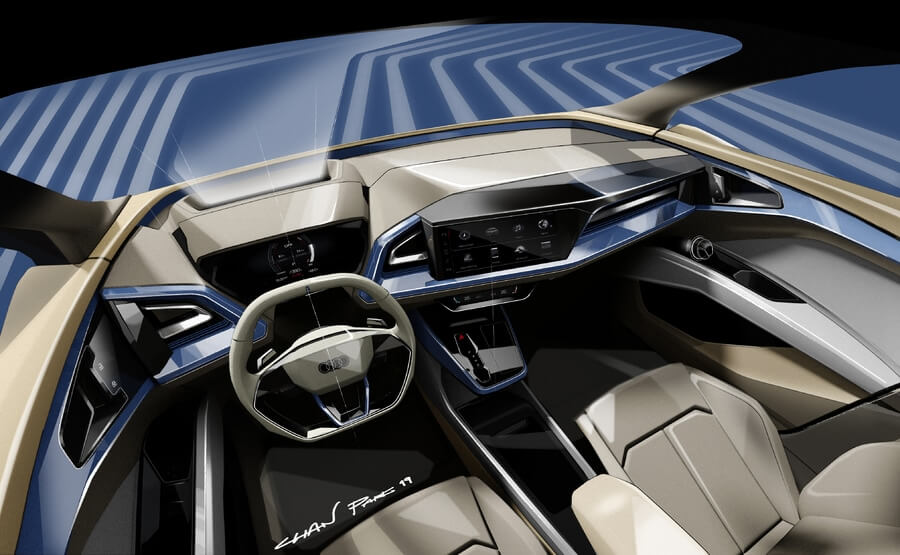 The Q4 will become the seventh Audi SUV in the line-up, which will give the German firm the same number of options in this part of the market as BMW.

It’s also the first time an Audi model will be offered with a fully-electric powertrain alongside more traditional petrol and diesel engines. The combustion-powered Q4 is due on sale a year before the all-electric version reaches showrooms.

The concept will be unveiled in full on March 5.