Ferrari has revealed its replacement for the 488 GTB — the F8 Tributo.

Ahead of the supercar’s official debut at the Geneva Motor Show next week, Ferrari has shown off the first pictures of its new supercar. The F8 Tributo becomes Ferrari’s fastest V8-powered model yet aside from the firm’s ‘special-series’ models with its mid-engined 3.9-litre V8 unit kicking out 710bhp and 770Nm of torque. The new car offers 49 more horses than the 488, while also being 40kg lighter and featuring more aero efficiency

Performance is unsurprisingly rapid, with the F8 taking under three seconds to accelerate from 0-60mph, as well as having a top speed of 211mph. 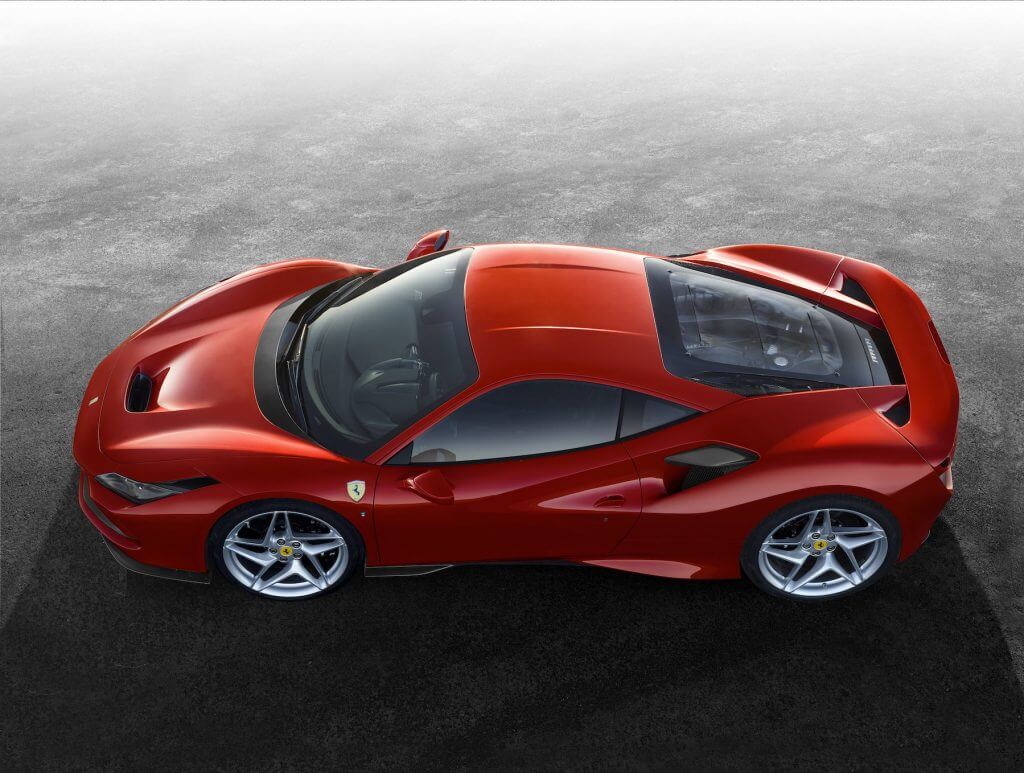 Ferrari promises no turbo lag and a thrilling soundtrack, as well as more accessible performance for drivers of most abilities. The F8 takes cues and details from the 488 Pista — Ferrari’s most-recent special series model — with its aero package and further details to manage cooling.

From the front, the new F8 looks hardly any different to the 488 Pista, particularly with the low front splitter, although the rear looks significantly different thanks to its new twin rear lights and spoiler that wraps around the clusters. Its rear window is a nod to that on the iconic Ferrari F40 — arguably Ferrari’s most famous V8 model — with louvres helping to release heat from the engine.

The F8’s cabin is exactly what you would expect from a modern Ferrari cabin, with high-quality materials used throughout and the new details include a seven-inch touchscreen for the passenger, improved refinement and a revised dash and door panels. Prices and further details are expected to be unveiled after the Geneva Motor Show.