BMW has revealed two new performance SUVs, which each produce over 500bhp from a newly-developed six-cylinder engine.

It’s the first time BMW has offered proper ‘M’ versions of its X3 and X4, and both come with a generous amount of kit for the price. At the heart of both performance SUVs is a new 3.0-litre twin-turbo six-cylinder engine which produces 503bhp and 600Nm of torque — sent to all four wheels via an eight-speed M steptronic automatic transmission. The engine has been partly constructed using 3D printing, which has helped to reduce weight.

Both SUVs can accelerate from 0-60mph in 3.9 seconds, with each having an electronically-limited top speed of 155mph. This can be increased to 174mph if the M Driver’s Package is ordered. BMW also promises an ‘intoxicating soundtrack’ from the exhaust. The X3 and X4 have also both been beefed up in terms of styling as part of this ‘M Competition’ treatment, with larger air intakes, a gloss black kidney grille and two-tone 21-inch alloy wheels. A revised colour line-up is also offered, including a new shade of Toronto Red.

Inside, the cabins are not dissimilar from the standard cars, but revised performance displays and controls appear, with electric leather sports seats included as standard in a range of different colours for no extra cost. 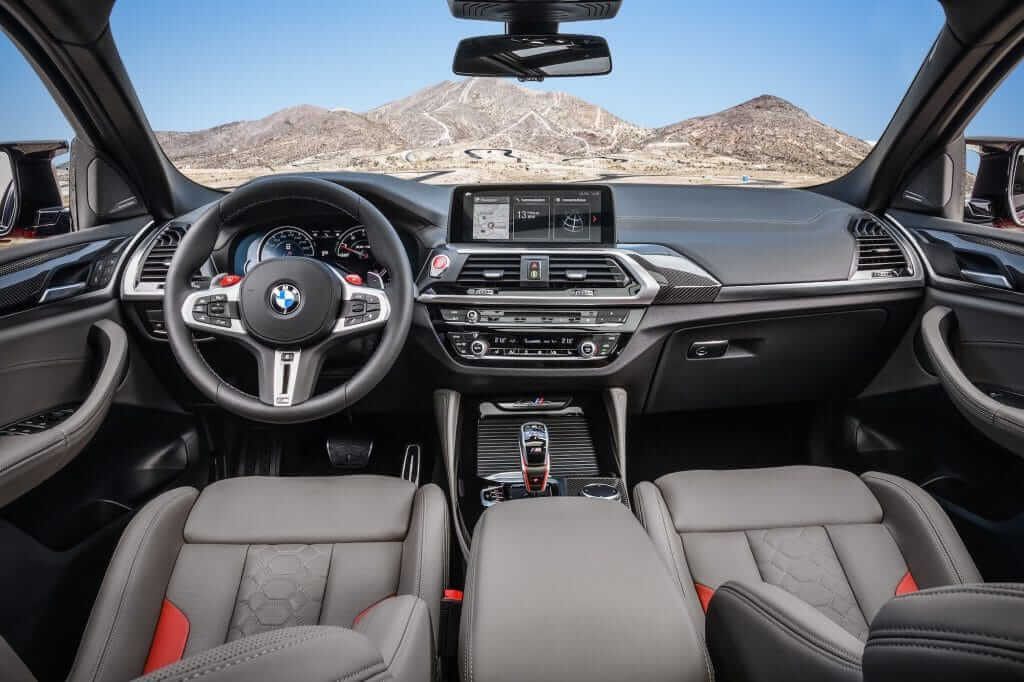 Other standard features include adaptive LED headlights, a head-up display and a Harmon/Kardon sound system. Given the performance on offer, it’s no surprise that these sporty SUVs aren’t cheap, with the X3 M Competition starting at £77,070 and the X4 M Competition from £79,990.